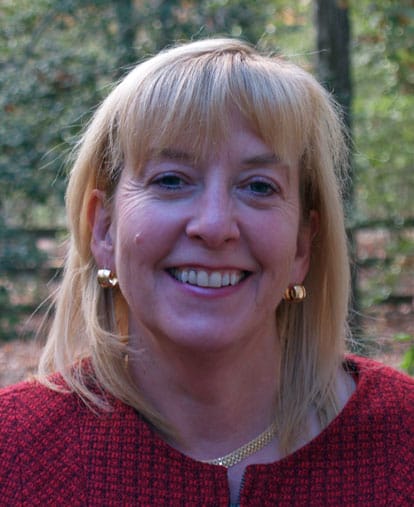 I grew up in a small town in Iowa. After graduating high school, I began working at a law office as a legal secretary.   Up until that point, I had never thought about the field of court reporting, but I became good friends with several court reporters and thought it would be a fascinating career. I began talking to my family about the possibility of attending college with the goal of becoming a court reporter. With their support and encouragement, I relocated to the American Institute of Business in Des Moines, Iowa.   After graduation, my husband and I decided to move to Virginia for what we thought would just be a few years. Those few years have now turned into over 25 years.

What brought you to Cook & Wiley?

I first met Jeanne at the Virginia Court Reporters Association conventions and we had stayed in touch over the years. I was looking for a change in 2009 and all the right pieces fell into the right places.   The party for the 25th anniversary of Cook & Wiley was just a few days later, and it was so much fun meeting all of our reporters and many of our clients in one evening.

It is hard to narrow the list down to just one or two.   I have reported several capital murder trials and you never forget those cases. I have many funny moments I remember such as when two jurors got into a physical fight in the jury room and refused to continue deliberations, so the judge had to declare a mistrial. Then there was the defendant who was caught taking a lawnmower out of a broken shop window and he insisted he found the lawnmower outside and was just returning it back into the store.    On another day, while reporting a deposition, the attorney asked the plaintiff if he had any scars. He thought about it for a moment and then said yes, I do, I can show you the scar, if you would like. The attorney replied yes. Then the man stood up and upzipped his pants and showed us his vasectomy scar. I think both the attorney and I were speechless. I could not make eye contact with anyone during the remainder of that deposition.

What advice would you give to a new court reporter?

Keep on working on your dictionary.   I still am changing the way I write words and am always ready to find a new brief form, if it makes sense to me and I can retain it in my brain. Always have some sort of snack with you.   Remember that most people are always happy to help, if you just speak up and ask.

Where can we find you when you are not working?

Cooking, bicycling, camping and boating (but not necessarily in that order).