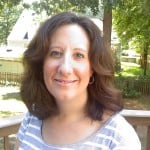 How did you begin your career in CR?

I’m one of the few people I’ve ever met who knew what they wanted to do when they grew up and  actually did it.  Someone came to my 10th grade typing class and talked about being a court reporter.  At the time, LA Law was a popular show on TV.  I knew I loved learning about the law and the things that went on, but I also knew that being a lawyer would not be for me.  When this court reporter came to my class, I had found my true calling.  She said it would be good for anyone who was good at typing.  That’s me!  She said it would be good for anyone who played the piano.  That’s me!  She said it was good for anyone who loved to hear an interesting story (just about) every day.  That’s me!  I knew then and there that’s what I would go into.  I remember telling my dad, especially, when I got home (he’s the one who talked me into taking typing in the first place), and he said he knew nothing about it but we would look into it.  I don’t think anyone at that time took me seriously.  But I never wavered.  I plodded through shorthand class and more typing classes and looked for a school to attend after high school.  I attended school at the Academy of Court Reporting in Akron, Ohio.  I graduated in under two years and had an interview a week after I graduated.  I fulfilled another dream of mine and moved to Toronto, Canada on May 20th, 1992 and took a job at Farr & Associates. All before I could legally drink!

What brought you to C&W?

My husband and I worked in Toronto, Canada for about two years before we realized we would probably not be able to live there for the long-term.  My husband was a court reporter as well (met each other in my second month there at the same firm!) but he didn’t love it like I did.  He decided to go back to school to get his master’s degree in teaching.  Three cities interested us, but Richmond, Virginia was at the top of the list because a colleague there at our firm had moved from Richmond to Toronto and had great things to say about it!  So when my husband was accepted to VCU, we made a visit to Richmond to look around.  We made a lunch date with Jeanne Wiley at the restaurant two doors down from their Robinson Street office and by the time we left that lunch date, not only did I know where I wanted to work, she offered to rent us the apartment above the office!  How convenient!  I worked for C&W and Julie Davis Reporting until ’97, when Davis got busy enough to keep me full time, but through a series of events, I ended up back with C&W in 2009.  I felt like I was home again!

WHAT INTERESTING OR MEMORABLE MOMENT HAVE YOU EXPERIENCED WHILE COURT REPORTING?

I think my most memorable experiences happened in Toronto in my first few months of reporting.  I was given the task of daily copy at energy rate hearings with a panel of experts questioning energy experts.  The reporters would take down 15 minutes at a time and then switch out without ever interrupting, overlapping a sentence or two, and slip out to edit that portion until it was their next turn.  There were three reporters taking turns.  It was high pressure and before you knew it, the timer was up, and it was your turn!  It was like a game!  At the end of the day, you finished up your last segments and went home.  Very satisfying!  I was always so behind in the beginning, but eventually I got better at it!  Another moment in recent years was when I had a deposition that went along as usual, and at the end, the attorney asked some basic background questions.  The attorney asked the witness, Are you married?  To which the witness replied, No — yes!  Laughter all around.  The attorney did ask for clarification on that one!  I have also, in recent years, helped disabled law students take the Bar exam.  Very interesting and rewarding stuff!

I would always tell new reporters to give it a chance.  It’s not a career for everyone – just ask my husband!  But it is a very rewarding one, a very flexible one, a very lucrative one if you really work hard at it.  It’s a skill not everyone can achieve, and you have to feel confident going in to every job that “you can do this!”  Build a good dictionary, be organized, be helpful to everyone (including other reporters) and be someone anyone can count on – your firm owner, the attorneys, the judge.  You have an important role to play in the justice system, and it should not be taken lightly.

Probably in the kitchen!  Even when I should be working on pages, I’m probably in the kitchen!  (Shh, don’t tell Jeanne!) I love to cook and bake for my family, for other people, even strangers, and it just relaxes me and brings me joy.  I love to spend time with my husband, my son, my daughter, and my two cats.  Fostering puppies and volunteering with Sanctuary Rescue (another C&W reporter’s baby) is something new to my life, but so fulfilling; I can see myself doing that for many years to come as well.  I also love spending time with my friends here in Richmond, Virginia, and of course, eating out!  That’s a hobby, right?