A transcript is a written account of a conversation, interview, hearing, or other 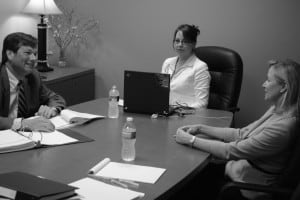 meeting which involves dialogue or presented information that may be useful for reference at a future date. There are several different types, although transcripts generally fall under one of two main headings: verbatim or non-verbatim. As the name suggests, a verbatim transcript is one which captures each moment and utterance with complete, accurate detail—in other words, a truly verbatim account.

While it may seem that any transcript should technically be a precise record of what has been spoken, there are several different levels of detail required for what are commonly known as edited and intelligent transcripts. The differences are subtle, but they often result in substantially different products in the end.

In an intelligent transcript, it is not necessary to include every word and sound as originally uttered. For example, false starts (unfinished sentences) and fillers (such as “um” or “like”) are generally omitted from this type of document as they do not add useful context or perspective.

In many cases, an edited transcript may require even less detail, as it is more focused on capturing only the crucial details and information exchanged. An understanding of the content being discussed is often necessary to produce edited transcripts efficiently, as one must possess the ability to quickly recognize pertinent information from that which is unnecessary for archival purposes.

Intelligent transcripts are often utilized for interviews or other non-legal conferences where intonation, cadence, and non-spoken information are less vital for the official records. It is generally not necessary to capture every sound and nuance in these cases, but rather to focus on the primary questions and answers—the core of the information which is being exchanged.

An edited transcript might be more useful when documenting longer or more detailed speeches, conferences, or seminars, as a few examples. In these cases, the focus is generally on preserving the broad ideas, keeping relevant information accessible and organized, and omitting portions which will not prove useful to those referencing transcripts at later dates.

Focusing on the Details

Finally, there is the verbatim transcript. In this type of document, every individual word, partial word, inaudible portion of speech, sound, and even periods of silence must be recorded precisely. These types of transcriptions are often utilized for legal purposes, making it crucial to capture the tone, mood, and disposition of speakers in addition to the actual words spoken.

In a verbatim transcript, there is no clean up of grammatical errors or mispronunciations. Every utterance is to be recorded as it was made, often necessitating the creative use of punctuation in order to accurately convey false starts, repetitions, and other non-standard speech elements. Non-verbal sounds are usually noted within parentheses, such as to describe coughs, laughter, or ambient sounds like doors opening and closing.

Creating a verbatim transcript also requires nuanced attention in order to faithfully depict important information such as deep breaths, long pauses, and auditory cues such as sighs. All of these seemingly minor elements of human interaction help to paint a more vivid picture of a conversation, which may be vital in many circumstances in order to depict the mood or mental state of a respondent.

Court proceedings and other such legal hearings often require detailed accounts as the transcripts may be later referenced to identify conflicting statements made by a plaintiff or defendant, for example. Many organizations may utilize verbatim transcripts as well including government agencies, medical groups, and educational institutions.

Which Type Makes the Most Sense for Your Purposes?

Should you find yourself torn on what type of transcript is best suited for your needs, ask yourself a few basic questions first:

In most cases, a verbatim transcript is more labor-intensive to produce and therefore more costly. If fewer individuals are likely to reference the material in the future, or if there are no great consequences which might result from an account which is less detailed in nature, you can probably get by with an edited or intelligent transcript.

However, when important outcomes such as employment opportunities or legal decisions potentially hinge on the information as it is recorded, it’s probably wiser to invest in an account that provides greater detail. For the most accurate picture of an interaction as it originally happened, trust a verbatim transcript for best results.