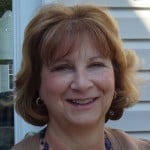 HOW DID YOU BEGIN YOUR CAREER IN COURT REPORTING?

While cooking for a party and contemplating starting a catering business, I heard an ad on the radio touting all the wonderful aspects of court reporting.  The ad was for Reporting Academy of Virginia which was opening in Richmond.  The ad went something like:  Work closely with legal professionals, be your own boss, set your own hours, enjoy time off all while making great wages.  (Looking back, I probably should have sued for false advertising on a couple of their bullet points.)  BECOME A COURT REPORTER!

I wrote the number for the school down and forgot about it until I bolted up from a dead sleep that night and knew court reporting was supposed to be the next chapter of my life.  Twenty-five years later I am still thankful for hearing the ad on the radio.

WHAT BROUGHT YOU TO COOK AND WILEY?

Spending eleven years entrenched in criminal court and federal grand jury, the constant negativity of the world began taking a toll on me and when one of my children said, Mom, the world is not that bad, I knew I needed to make a career change.

Having met Jeanne Wiley, while I was in reporting school, I gave her a call, we went to lunch and I walked out of the restaurant a member of the Cook and Wiley family.  Little did I know that my life as a stressed out court reporter was going to change so dramatically due to the wonderful staff that makes up C&W.  No more were the hours spent dealing with binding and mailing my transcripts, I now actually had time to pursue fun things that I had let go by the wayside because of lack of time.

The “family” of Cook & Wiley is like many other families, we see each other two to three times a year and yet we fall into place with one another and you can feel the love, respect and admiration that we have for each other.

WHAT INTERESTING OR MEMORABLE MOMENTS HAVE YOU EXPERIENCED WHILE COURT REPORTING?

My most memorable moment in court reporting came during my first week on the job.  I was sent to the federal prison in Petersburg to take the deposition of an inmate who was suing a corrections officer was the only information I had regarding the case.

Two attorneys, the inmate and I were crammed in a room so tiny that the slightest movement and you would bump knees with the person on either side of you.   The corrections officer, who had led us in, said he would be right outside the door if we needed anything.

As luck would have it, a powerful summer storm came up during the middle of the deposition and we lost power.  The room was pitch black because it was windowless.  As soon as the power went out the officer stepped back into the room until the generator came on within a couple minutes.

Apparently when the lights came on I was as white as a ghost and the attorneys asked if I was going to be able to continue.  Being the professional that I was trying to be (it was my first week) I said no problem and went straight to the next question.

As we were walking out of the deposition one of the attorneys commented that he thought they were going to lose me because I was so pale and said I’m sure you were concerned because of the nature of the inmate’s crimes.  I had no clue why the man was in federal custody.  That’s when the attorney informed me I had been bumping knees with a rapist/murderer.  Since that day I have figured that if I could get through that, I could get through most anything.  Sometimes ignorance is bliss.    Had I known the nature of his crimes, I probably would have passed out!

As a court reporter my job has afforded me insight into worlds I had no idea existed and made me very aware that right or wrong, everyone has “their” story to tell.

Say a prayer for all who are participating in your job that day.  We all can use a prayer and it makes what could be a stressful situation begin on a calm note.  Now, whether it stays that way remains to be seen.

Family and friends mean the world to me, so most often you will find me in their company.   I love trying new things so at the moment you would find me creating fused glass dishes, bowls and plaques.  Decorating and repurposing something old into something new again also brings me joy.

As for the cooking I was doing when I heard the reporting school ad on the radio, unfortunately for my husband, I’d rather be at the lake, river or ocean than cooking!