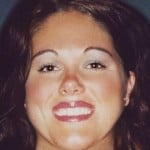 I was a stay-at-home mom to two toddlers and was starting to lose my mind.  I had decided that after the holidays I was going to go back to school for a class or two or get a part-time job in the evenings, just something, anything, to force me out of my baby-food-stained pajamas and have adult interactions.  About that time a good friend of mine had just started court reporting school and was loving it.  She told me how wonderful it was and that I could stay at home with the kids during the day and then go to school at night.  It seemed perfect so I signed up and started right after the first of the year.  I went to court reporting school every night while raising my two kids during the day.  The timing worked out perfectly as I graduated court reporting school at the same time my Irish twins started kindergarten and first grade.

What brought you to Cook and Wiley?

I was at another court reporting firm for the first two years of my court reporting career but just wasn’t happy.  I was traveling a lot and felt frustrated.  I had always known of Cook and Wiley, and it had a good reputation.  All the Cook and Wiley reporters I knew seemed happy, so I called Jeanne up for an interview, and the rest, as they say, is history.

I’d have to say the most memorable moment happened when I was covering the criminal docket in Nottoway County.  We were scheduled for an all-day trial in the case of a young man caught on camera selling drugs.  They brought the defendant into the courtroom early, and as the attorneys and court personnel were getting situated before the judge came out, the deputies started to get suspicious.  You see, the man that was scheduled to be on trial that day was part of a set of identical twins.  I forget their last name now, but I remember that both brothers had the same middle and last names, and one’s first name was Lee and the other’s first name was Leo.  So they looked exactly alike, and their full names were exactly alike with the exception of one letter.

As luck would have it, they were both incarcerated at the same prison at the same time.  Since the Commonwealth’s main evidence was this videotape of Lee selling the undercover agent cocaine, the twin brothers decided that there would be no greater defense than a grand reveal at the end of the showing of the video that they had indeed brought Leo, the wrong brother, to court thereby dispelling any credibility the undercover videotape might have had.  But the downfall of Lee and Leo’s plan was a life of crime.  They weren’t new to the court system, and the deputies and correctional officers were very familiar with them by this point in their lives.

So right as the trial was about to get started, one of the deputies went over to the defendant to double check a tiger tattoo on his neck – the only distinguishing characteristic between the twins.  This infuriated Lee (or was it Leo?) and he bucked at the deputy.  Lee and Leo were about 6’4, 250 pounds, built like linebackers, so when they started to resist the deputy’s tattoo-checking advances, it was quite a tussle.  It took every deputy in the courthouse to restrain him.  Needless to say, the tattoo didn’t check out, and they had indeed transported the wrong twin to court that day.  It was all quite dramatic, but I got to go home early because Leo just can’t stand trial for Lee’s crimes.  But I think the lesson I learned that day was, parents, if you ever find yourself expecting twins, try and give them more of their own identity than just an “O”.

What advice would you give a new court reporter?

My advice would be to do everything Lisa Blair or Helen Yarborough do.

Where can we find you when you’re not working?

I’m the founder and director of a local dog rescue.  Our rescue specializes in rescuing pregnant and nursing dogs and orphaned puppies from high-kill animal shelters.  So when not in court, I’m more than likely busy bottle feeding a two-week-old puppy or being a labradoodle’s midwife.  And those two toddlers I mentioned in the beginning?  Well, their names are Lee and Leo, and — just kidding!  My toddlers are now teenagers who keep me running from lacrosse games to band concerts to cheer competitions to wrestling matches.

If you’d like to help our orphaned puppies and pregnant mamas realize their destinies as happy, healthy rescued dogs, you can make a donation here … http://www.sanctuaryrescue.com/#!donate/ctzx