There’s hardly any industry that hasn’t been...

There’s hardly any industry that hasn’t been changed by advancing technology, and that’s especially true when it comes to the world of court reporting. Besides digital reporting in which a reporter utilizes sophisticated technology to record 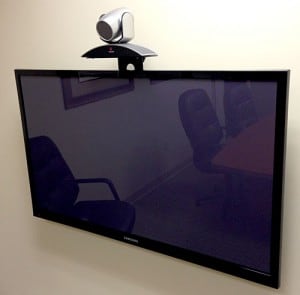 Simply put, videoconferencing is a real time meeting between parties through the use of a computer, telephone, or camera and a connection to the internet. This type of communication is most useful in the event that necessary parties aren’t able to be in the same physical location but still need to hold court hearings, depositions, and consultations that may not be able to be completed through phone conversations, emails, or the like. Video conferencing is also now more affordable thanks to how widespread and readily available the necessary technology has become.

Not only is video conferencing a faster way for witnesses, attorneys, and other legal parties to conduct their legal proceedings, it’s also less expensive since no one has to incur transportation costs or pay for lodging. Another advantage of video conferencing is that is allows court reporters and attorneys to practice their cross-examination, transcription, and court techniques while they are outside of a courtroom. When communication is done with high definition technology, the learning experience is made that much more realistic.

Another advantage of video conferencing with court reporting is that it allows for more collaboration. For example, there could be a traditional court reporter on one end of the video conferencing call and a digital recorder on the other end. There are limitations that come with traditional court reporting and the use of standard transcription equipment. Those limitations can be eliminated through the use of digital recording equipment that records what’s being said from a variety of vantage points. What this means is that the digital recorder can make an accurate transcript of the legal proceedings even if there is coughing, sneezing, or yelling that could possible cover what needs to be recorded.

For all of the benefits of video conferencing for court reporting, it’s not without its disadvantages. One possible hindrance to court reporters is audio delay when the audio track doesn’t always synch up correctly with the visual track. The largest downfall of this is that it can be difficult for a court reporter to determine when parties on the other side of the connection are starting to speak. One possible way to address this disadvantage is for individuals to raise their hand before speaking, allowing the court reporter to properly prepare themselves and be able to tell exactly who is speaking.

The Future of Court Reporting and Video Conferencing

While video conferencing is quite impressive and innovative by itself, the technology can be taken a step further in the future. Courtrooms are also attempting to develop sophisticated holographic technology that can recreate crime scenes as well as facial recognition software that is capable of analyzing a witness in order to determine whether or not they are a credible source of information. The advantage of this to reporters is that they can not only record a witness’s statement, but how the witness looked while they were giving their statement, and whether or not the facial recognition software determined if they were telling the truth or not. While this type of advanced technology sounds impressive, we are more than likely a long way off from seeing it in the courtroom since it’s so expensive. In one instance a company donated roughly two million dollars for the technology.

No matter how advanced courtroom technology becomes, the skills of a good reporter will always be needed the check the accuracy of transcripts and other official legal documents. Advancing technology might be able to speed up and improve how courtroom information is gathered and shared, but the final version will always need to be looked over by a flesh and blood human being.