The Art of Legal Videography

Video is a very powerful format for...

The Art of Legal Videography

Video is a very powerful format for imparting evidence to a jury. As video recording equipment has become cheaper and easier to use, videography has evolved into a profession in its own right, with courses and certifications like any other important career in the field of law. You might not be aware of the extent of video’s presence in the courtroom, or the creativity and finesse involved in putting together short films to strengthen a case. Beyond the basics of courtroom playback and video editing, legal videography amounts to an art form in its own right when it comes to such important undertakings as creating day in the life videos. These videos can serve as one of the most convincing elements of a plaintiff’s case. 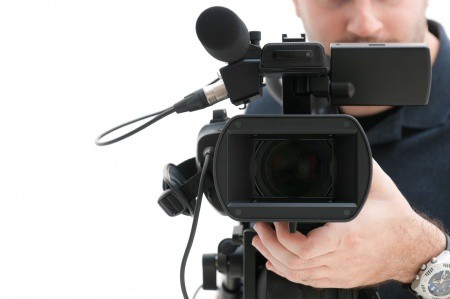 In personal injury trials, day in the life videos are made use of on a regular basis. They serve to dramatize the traumatic outcome of events related to the trial and help the jury connect with the plaintiff on an emotional level. A day in the life video is best if it can tell a story that shows the key events in the plaintiff’s life as related to the case at hand and the challenges that he or she deals with on a daily basis. They often depict the plaintiff struggling to perform daily tasks, such as eating meals or bathing, and may include aspects of treatment such as physical therapy sessions. They then offer a contrast with the victim’s life as it was earlier before the damage was done. The videographers make use of pre-accident photographs and, if available, video clips. Day in the life videos often tell the story backwards, starting with the tragic outcome and moving to an earlier time when life was easier. Interviews with the plaintiff’s family and friends, as well as with psychiatrists, physical therapists and caregivers, are often included. The videos usually run around 15 to 30 minutes, and often prove to be the most compelling piece of evidence in a courtroom.

The Power of Emotional Connections

Given the power that they have to touch the emotions of the jury, day in the life videos give rise to a certain amount of controversy. Those who advocate against their use declare them to be distortions of the truth that play upon the passions and prejudices of jury members. Those who support the use of these videos maintain that they are at least as trustworthy as testimony from live witnesses, and often more so. Furthermore, they can show the full extent of the plaintiff’s struggles with his or her injury and communicate the severe loss in quality of life. Courts have never tried to exclude day in the life videos in a general way, but the videos must be thoroughly checked to make sure that they are authentic and that they deal with issues that are relevant to the case. Videos are usually deemed authentic without much difficulty. Another necessary quality in a day in the life video is the absence of material that is overtly prejudicial and calculated to inflame the jury’s passions. Videos containing such material are not accepted because they do not help jury members understand the case.

When put together properly, day in the life videos serve as compelling documentaries that give a realistic and moving picture of a plaintiff’s life after the tragic incident. This can be the best way to get jury members to identify with the victim of negligence or wrongdoing and contrast his or her quality of life after injury to earlier periods of good health.

Certification is not necessary in the field of legal videography, but certificates pertaining to the completion of related coursework are available. Professional videographers are often required to be notaries public, which means that they can serve the public in matters pertaining to the law. Videos made by these professionals are often used as evidence or as a record of certain important legal events, such as the signing of a will. To become a legal videographer, it’s a good idea to get as much expertise in video editing as possible, as well as a solid understanding of forensics and criminology. It’s a field with a wide variety of specializations, so it’s important not to get overwhelmed at the beginning with all its different aspects. It’s a career that is currently in high demand, as courtrooms across the nation are in need of skilled professionals to shoot deposition videos, make visual records of contract signings, and produce day in the life films. Legal videography is an exciting and rewarding way to make a living, offering opportunities to be creative and to learn a lot about what goes on inside courtrooms.